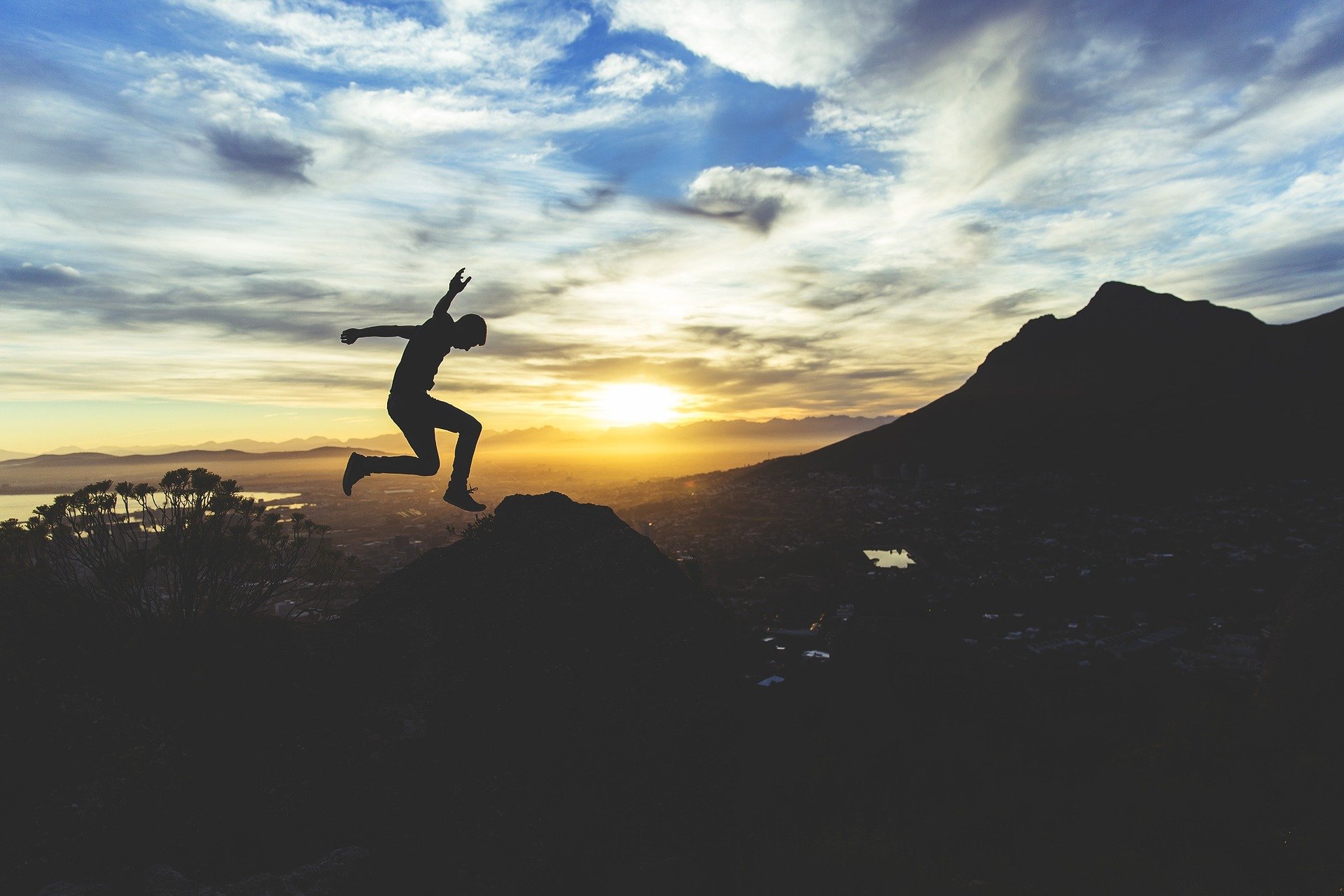 Back in 1992 I was sitting on the sofa watching the Olympics - which, that year, were being held in Barcelona, Spain. 9,356 athletes competed in the Games and, as always, it was inspiring to watch them. We have to admire the training and commitment the competitors put into reaching their goal. As I watched and thought about the athletes I ended up by asking myself, “What am I doing sitting on the couch? Why don’t I go out and doing something myself, instead of watching others do it for me?”

So I did. I put on some flexible shoes and shorts and went outside and ran around the block. The block was over half a mile long which wasn’t very far but far enough for a first outing. The sunshine was blazing and running was hard work. Some of my neighbours laughed and waved at me, but in amongst the sweat, awkwardness and hard-work, I noticed that in a small way there was an enjoyment factor involved too, especially when I had completed the run. The next few weeks I forged a routine, extending the length of the runs a little each time I went out.

Then I thought, Why don’t I buy a bicycle and mix the exercise up a little? So I bought a cycle and started biking too. Cycling was hard work especially going up the hills but again I noticed a sense of satisfaction once a hill had been scaled. I also started going for long walks which I found fatiguing but noticed I had some long conversations about all sorts of subjects with any one who cared to join me. As a plus factor - when I arrived home I slept well.

Before long exercise had become a regular part of my week and I noticed that in all my pursuits the ‘hard work factor’ started to diminish and the enjoyment factor started to increase. 1992 seems a long time ago now but I still make time for exercise, it’s a time to chill-out and let my thoughts run free. Inspiration for songs, sermons and articles sometimes come to my when I’m running. And of course, exercise makes us stronger. Incentives to exercise are all around us if we look. We heard that here in the UK our Government issued some guidelines for physical activity for adults and here they are:

“Adults should aim to be active daily. Over a week, activity should add up to at least 150 minutes (2½ hours) of moderate intensity activity in bouts of 10 minutes or more – one way to approach this is to do 30 minutes on at least 5 days a week.”

Of course this is one guideline where we don’t have to follow our leaders, but it’s better for us if we do. The Government want people to be well, because it keeps more people out of hospital putting less strain on our National Health Service, it also stops people having fewer days off work helping with the economic growth of the country.

Of course some people have some sort of illness that stops them from following these Government guidelines. I had a friend named Mick who was treated for a tumour on his leg. He had several operations to remove it but it was persistent. The surgeons decided to remove his entire leg because of the threat the tumour posed to the rest of his body. His fortitude through all this was an inspiration to see. As a young man Mick had been a keen footballer and as he matured in years he became a runner. Mick and I ran many miles together through wood-land trails. When Mick had his leg amputated his spirit was such that he quickly bought a hand bike where his hands do the cycling. He entered a hand-bike race and though he was a good runner he was not such a good hand-cyclist and came last but one in the bike race because his arms were not yet trained enough for rigours of hand cycling. Mick came for runs with the rest of the group too, except he hand-cycled but for a period it was great to have Mick running with us again. Mick was eventually diagnosed with secondary cancer and died. I shed a tear and so did many others people. Mick’s fortitude in life and death was a true inspiration. Other people have different problems but many of them do what they can and are an inspiration to us all.

There are probably a few reasons why God made hills on the landscape, and one of them is so that human beings can make their bodies stronger by climbing them. And there is probably a few reasons why the “Hill of Difficulty” appears in our lives too, but one of them is so that our spirit is made stronger. As John Bunyan said, "This hill, though high, I covet to ascend; The difficulty will not me offend,”

Caleb was over 80 years old when he asked Joshua to give him a mountain for his inheritance. It was a mountain where giants lived, but Caleb said, “Just as the LORD promised, he has kept me alive for forty-five years… So here I am today, eighty-five years old! I am still as strong today as the day Moses sent me out; I'm just as vigorous to go out to battle now as I was then” (Joshua 14:10-11). 45 years previously Israel had sent 12 spies out into the land of Canaan 10 of them said “It’s too difficult for us to take the land,” but Joshua and Caleb were the only spies who said “We can do this”. The other 10 spies withered and died in the wilderness, but Caleb kept his focus and remained strong.

We all face difficulties, trails and tribulations but each one will make us stronger. In fact, as well as the Government, the Bible also gives us guidelines to get stronger. Proverbs 24;10 warns us, If you falter in a time of trouble, how small is your strength! And Hebrews 12:12 advices, “Therefore, strengthen your feeble arms and weak knees.”

Not all of us can get our “dream body” the way fitness magazines portray them, but all of us can become strong in faith and spirit, and in God’s eyes be like Caleb.