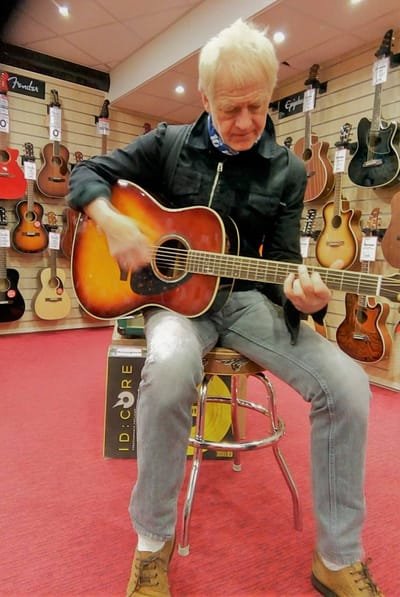 Creating content for "Living Stones - Church on the internet" has been my main focus. The Lord has been doing some good work among us, please feel free to join us in our various places of meeting: Zoom, YouTube, Facebook Group etc.

I've also managed to keep moving forward with song writing. "Don't Touch That Dial" is a recent song, I've been unable to get into the studio to record a nice fat version of it. But maybe that opportunity will present itself at some point.

There's also plenty of music happening in the live videos too.

Back in 1981 the album “Saints Alive” was released, a recording that made an immediate impact and continues to do so.

The 10 tracks were the basis of a musical by Roger Jones. Many live performances of the musical have ensued since then. The narrative speaks of Christ’s disciples - ordinary men who were filled with power on the day of Pentecost.

I had the privilege of playing guitar on the album, along with some excellent musicians. 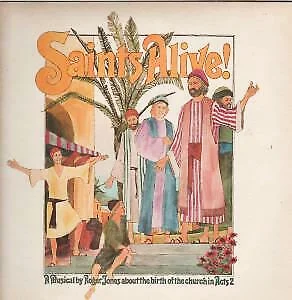 Saints Alive has now been revised, and had an extra track added. The updated version will be released soon. The day of Pentecost this year is June 5th and that week there will be a launch of the new recording.

Roger has kindly asked me to play guitar at the launch, I’m unable to do so, but I do love the message of the album. The power of the Holy Spirit enables us to move forward in strength.
“You will receive power when the Holy Spirit comes on you; and you will be my witnesses in Jerusalem, and in all Judea and Samaria, and to the ends of the earth” (Acts 1:8).

I'm not touring at the moment. I've had a number requests to do live work, but I've not done any yet.

I came across this promotional flyer for the Chapel Lane record company from around 1997. Rob Ash's fine album Blue Steel is on there. Plus Soothing Saul and some Olly albums.

Chapel Lane had their own first class studio which was used by some excellent musicians.

The sad news I heard last week is that proprietor of Chapel Lane, Rob Andrews, died.

Rob was unique, he was humble and immediately made you feel at ease in his presence. He was a man with vision, a hard working man who quietly got on with the work he had been given.

So many people were encouraged and blessed by Rob's work without ever realising who Rob was. His vision to release music that glorified Christ into the world was realised by many artists and bands who recorded for Chapel Lane. Larry Norman, worked with Rob. Also Bryn Haworth, Shelia Walsh, Alwyn Wall and many others who became familiar names.

When I recorded there Rob never put time restrictions on my time in the studio. Artist Rob Ash, who recorded and engineered there said, Chapel Lane was "My favourite place to record, great memories of some great people".

Rob Andrews' work reached out across the world and still does because music recorded there is now on Spotify and other music platforms.

Rob Andrews was inspirational his work reached out and touched people around the world. Rob followed the course that God had planned for him.

We all have work to do and an allotted time in which to accomplish what God has sent us to do. For the time comes when we can not work: Rob followed in the footsteps of Jesus who said, "As long as it is day, we must do the works of him who sent me. Night is coming, when no one can work." (John 9:4).

Rob Andrews is an inspiration to us. 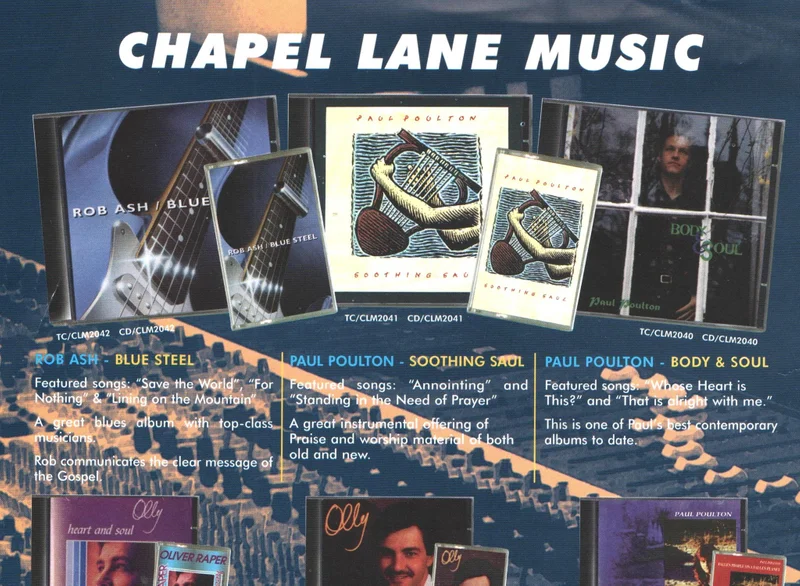