Some People Believe Anything 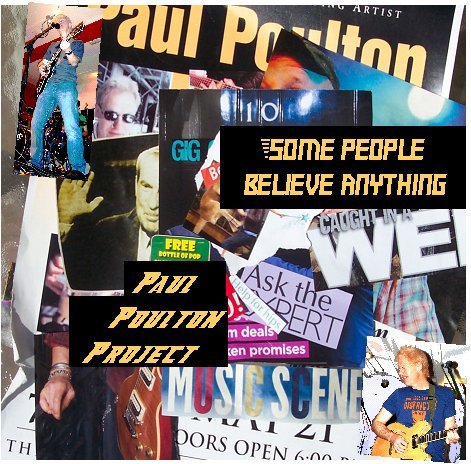 Review in Never For Nothing

Less than a year since 'Too Twitchy' was released, Paul and the band are back with an album of songs that have something to say about the past, present, and future. You can always guarantee that Paul will come up with some rather interesting subjects to sing about, and this album begins with people telling us what we should want in life, and how having more will make us happy.

'Anything' even includes a dig at TV Quiz shows and telephone sales people to get the point across. There's an R'n'B shuffle sound to 'Bad Things People Do', and I smiled as Paul sang about getting used to the fact that people do bad things, but we should learn to forgive them rather than get mad ourselves.

Marriage break up's are commonplace in today's society, but 'Don't Break Up' is a message of hope, to couples who may be going through a bad time in their relationship. Musically, the band are as tight as ever with Ross Lander, Aron Bicskey, Nic Burrows and Chris Smith adding to Paul's vocals and guitar playing. 'Here in Heaven' got me thinking 'Pink Floyd' in a 'Dark Side of the Moon' way. The sound really differs from the rest of the album. All songs, but one, have been written by Paul. The exception is a very good 60's beat version of Larry Norman's 'Reader's Digest'. Paul has the knack of writing songs that tell a story, and those stories are all food for thought.