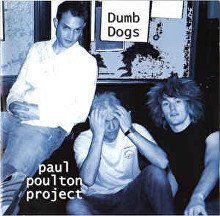 I have to confess to have been looking forward to the release of this cd, this being the first that Paul has released with his current band and particularly the superb Joe Blanks on drums. Paul's desire is that this album is a closer representation of their live sound and, having heard them live earlier this year, I think he has managed to achieve that.

It has more energy than 2005's "Affected" and coupled with a batch of great songs, it is an excellent album all round. Paul's unique and bold lyrical approach is finely represented on songs such as "Take the Rubbish Out" - the immortal line "my wife is busy looking in the Argos catalogue" makes me chuckle every time - and one has to admire his ability to attempt things lyrically that in the hands of the less experienced would just sound naff. The songs really groove well too, a nice mix of rock, blues and funk topped with Paul's inimitable vocal style.

Overall, I have a sense that Paul shows no sign of slowing down and continues to produce music of a quality that we have come to expect. In a market swamped by a lack of imagination and constant regurgitation, the Paul Poulton Project is a refreshing change. 9/10