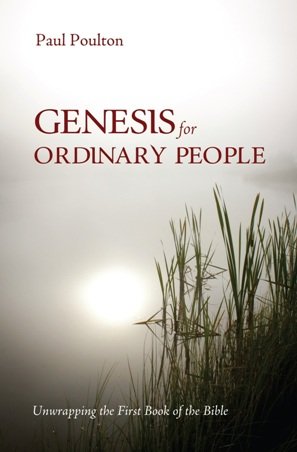 The book of Genesis continues to stand strong. "Tell us what the former things were, so that we may consider them" (Isaiah 41:22). The intriguing book of Genesis is examined and details of the gripping narrative are uncovered.

Genesis for Ordinary People is written in a friendly style, yet doesn't shy away from the questions that go through people's minds as they read the first book of the Bible.

Paul Poulton writes about the treasures within Genesis. The first book of the Bible proves to be an exciting adventure from beginning to end. He gazes into the garden of Eden to witness the reality of what happened there, and takes a good look at the wonderful and often flawed people and beings. He follows the intriguing thread in Genesis that runs from chapter to chapter right through the entire book.

The book follows the storyline of Genesis but often looks back, adding a fresh perspective to Adam and Eve's enthralling lives. A fascinating picture emerges as the layers of Genesis accumulate.

The "Second Edition" of "Genesis for Ordinary People" has an extra 6,500 words at various points throughout the book, enlarging on aspects of Adam and Eve, Noah's ark and also answers a few questions that have arisen since the first edition was published.

Genesis for Ordinary People can be purchased from Amazon and most book retailers or Wipf and Stock Publishers.